How the Chariot: Pro Clinical Trial Could Teach Us to Better Detect Alzheimer’s

Imagine the impact we could have on millions of people if doctors could screen and diagnose the disease before memory loss sets in. Alzheimer’s researcher Gary Romano can.
By Ginny GravesOctober 05, 2016
Share
Share
Today's Top Reads Close
T

he human brain contains about 100 billion neurons that control everything from memory to how we process information perceived through our senses.

In other words, a healthy brain is critical to, well, everything.

That’s why the work of neuroscientists at Janssen Research & Development, LLC, one of the Janssen Pharmaceutical Companies of Johnson & Johnson, is so important. The group’s focus: fostering better brain health—from developing improved treatments for mental illness to helping accelerate the discovery of new solutions for brain diseases.

Brain diseases like Alzheimer’s, a degenerative condition that damages—and eventually kills—neurons, leading to memory loss and other devastating consequences in the 5.4 million sufferers currently living in the U.S.

To date, attempts by scientists to pioneer drugs to stop or even slow the damage have been unsuccessful. And it’s due, in large part, to one formidable challenge: By the time patients exhibit symptoms, the disease is too far advanced to respond to treatment.

So this means researchers need to find new ways to identify the earliest signs of the illness—before sufferers are even aware they have Alzheimer's. And that’s where Janssen’s newly launched clinical trial, CHARIOT: PRO, comes in.

Over the next four years, scientists based in the United Kingdom plan to track 500 people between the ages of 60 and 85 for the clinical trial. The goal? Develop cognitive tests so sensitive and specific that they can pick up the very first stages of Alzheimer’s.

With these tests in hand, doctors could then potentially identify patients with mild cognitive impairment and start to treat them to help keep full-blown dementia at bay. Some of these patients could even participate in clinical trials of medications designed to slow the development of the disease.

We sat down with Gary Romano, Head of Development, Alzheimer’s Disease and Neurology at Janssen, to give us a preview of this trailblazing research.

What do we currently know about the causes of Alzheimer’s disease?

Gary Romano: With Alzheimer’s, neurons are damaged when two proteins—beta-amyloid and tau—start building up in the brain. One of the biggest challenges is that most people don’t start exhibiting the telltale signs of dementia, like memory problems, until 10 to 20 years after those proteins have begun accumulating. By then, it’s too late to treat it.

Thanks to recent advances, we can now measure amyloid in the brain and detect the illness before it causes symptoms. But the two detection methods—a spinal tap or a positron emission tomography (PET) scan of the brain—are too expensive for widespread screening.

So what we need is a simple, inexpensive way to assess cognitive changes over time—something doctors could do routinely that would give them a sense of each person’s memory and cognitive ability compared to where they were the year before and even five years prior.

How does the CHARIOT: PRO clinical study come into play? What is the goal?

We’re going to follow 250 people with early amyloid accumulation in their brains, and 250 without detectable levels of the protein, and measure changes in their brain function over three to five years.

We think the day will come when doctors will routinely track your cognitive performance in an annual physical, just like they track blood pressure.

The study will take place in two locations: London and Edinburgh. And we’re enrolling people who are between the ages of 60 and 85 and seem cognitively normal—in other words, they don’t have obvious outward signs of Alzheimer’s, even though half will have amyloid in their brains.

We’ll assess changes in memory and executive function, which is the ability to plan a sequence of actions or events—both of which deteriorate in Alzheimer’s patients. Data suggests that people with amyloid in their brains might seem to be functioning normally, but if you measure their executive function carefully enough, you can track their decline.

The goal of the study is to find ways to fine-tune and optimize those clinical assessments so we can home in on the most sensitive tests and measurements of cognitive decline.

How can better assessment tools help in treating Alzheimer’s in the future?

There are two keys ways that highly sensitive testing can move us forward.

First, rigorous assessments will allow us to see whether potential new medications we’re studying are able to stave off even the beginnings of cognitive decline in patients with early amyloid accumulation in their brains.

That could make an enormous difference in the lives of people who have Alzheimer’s. If you can slow someone’s cognitive decline by even 35%, you could actually cut the overall prevalence of severe Alzheimer’s in half because you could potentially prevent the most noticeable symptoms from developing indefinitely.

Secondly, this trial could point the way toward sensitive cognitive tests that doctors could use to screen patients. Testing for amyloid build-up in the brain is expensive, but doing an in-office or online screening test wouldn’t be.

We think the day will come when doctors will routinely track your cognitive performance in an annual physical, just like they track blood pressure. So the hope is to identify people whose brain function is starting to slip long before they suffer widespread impairment, and then send them for amyloid testing to confirm they have Alzheimer’s in the earliest stages, when it would make a truly meaningful difference in their lives.

Why are you so passionate about this study and working with Alzheimer's?

I became interested in neurodegenerative diseases in grad school, where I saw that there was a compelling medical need to find therapies that worked. Since then, two loved ones have been diagnosed with Alzheimer's—my mother and my uncle, who was a mentor to me—and that has given me an added sense of just how critical this need is.

When someone you love has Alzheimer’s, you essentially lose that person long before that individual dies—and it's very difficult. Dementia ruins their last years of life, and the stress of making sure they receive appropriate care compounds the difficulty.

But if we can identify this disease early, and at least slow it down, we can give more people the opportunity to live well into old age before they’re severely impaired. After seeing this disease up close, I know how meaningful that could be. 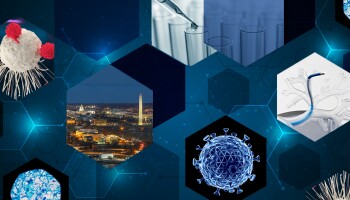 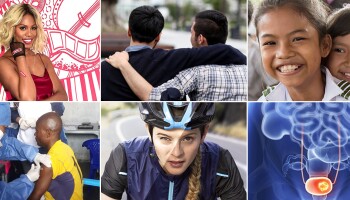